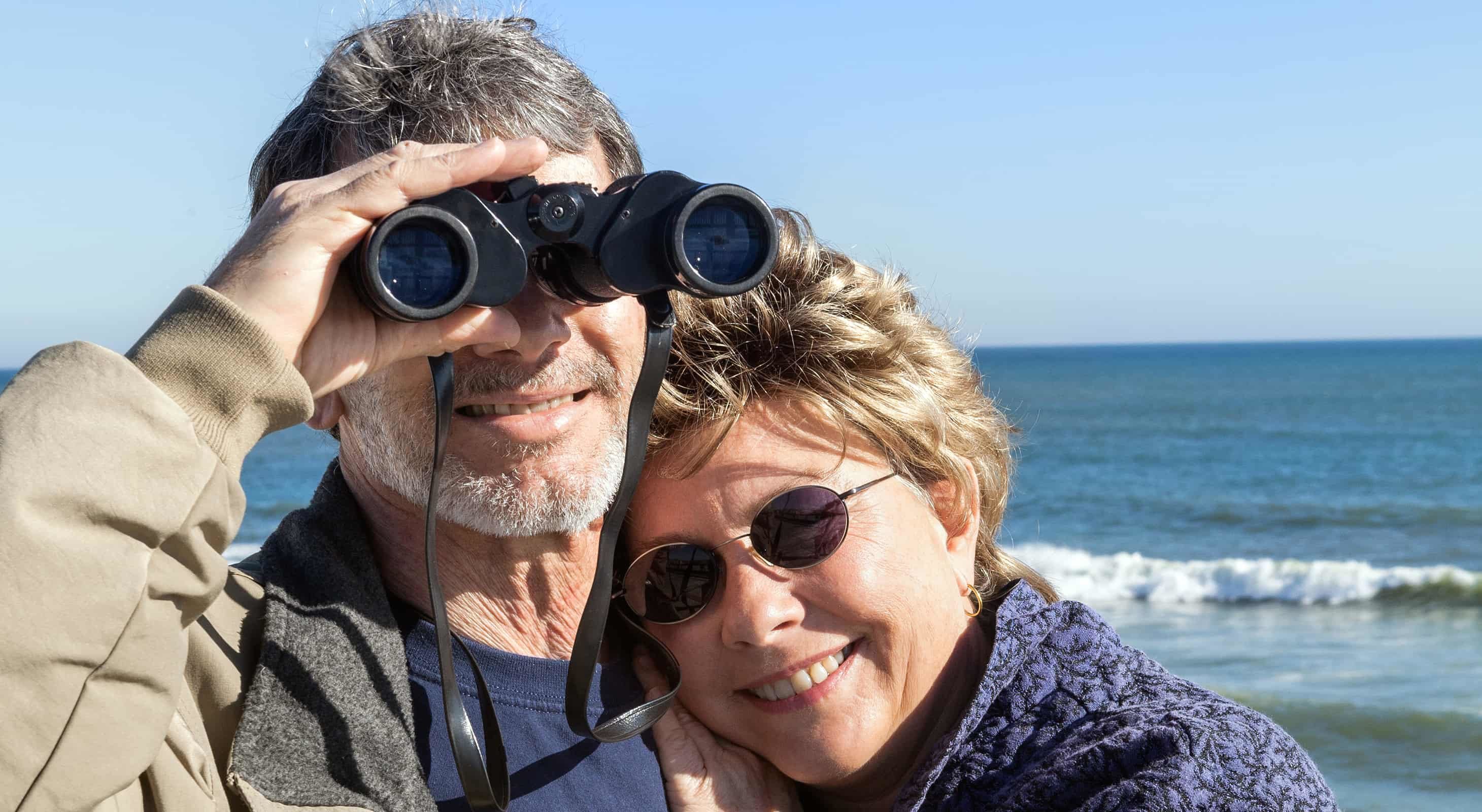 Birding in the Outer Banks is Great in Every Season

The Outer Banks is recognized nationally as one of the best birding locales on the East Coast, offering many State Birding Trails and an annual week-long bird watching festival. Around 400 bird species have been identified, and many migrate seasonally since the area is a key stop along the Atlantic Flyway bird migration route. We’ve put together a year-round guide for the best Outer Banks birding.

You can experience Outer Banks birding from land or water. In addition to sportfishing charters, The Stormy Petrel offers pelagic birdwatching cruises at Cape Hatteras, North Carolina. The North Carolina Birding Trail offers several spots to watch from land (or kayak), including the famous Pea Island National Wildlife Refuge which provides temporary accommodations to nearly 400 species of migrating birds and other wildlife. This completely undeveloped parcel of land covers 13 miles and over 30,000 acres of Cape Hatteras National Seashore land, and offers gorgeous views and serene nature trails that are ideal for off-the-beaten-path excursions.

Other notable birdwatching sites in the Outer Banks include:

If you’re planning a trip and want to spot specific species, see our seasonal guide below. 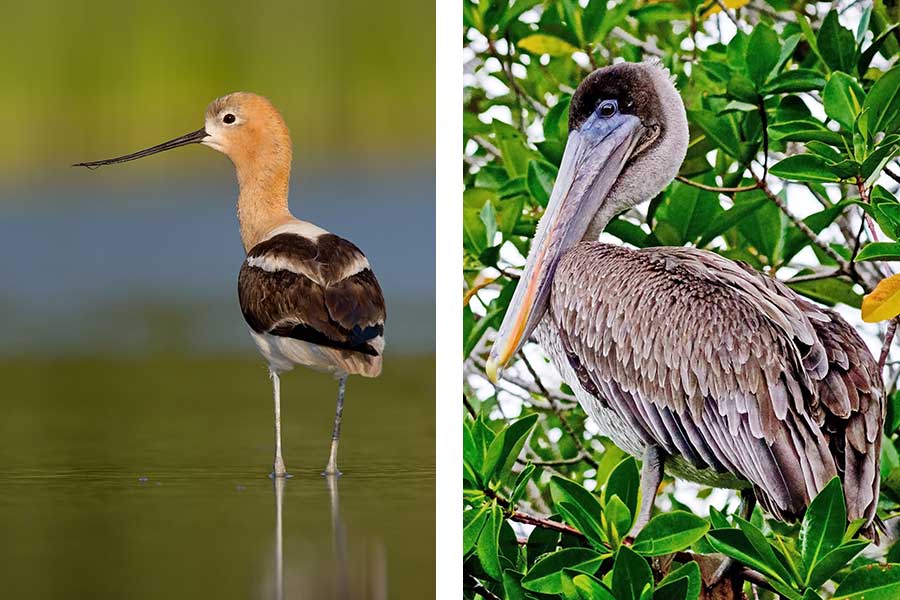 As plants start to bloom and grow, you can spot more shorebirds, as well as neotropical songbirds begin returning from Central & South America to nest in shrubs near the water. In particular, look for black-bellied plovers, American avocets, and brown pelicans. Also listen for the calls of several migratory birds such as warblers and vireos. These are birds that return again in the fall as well, along with tanagers, grosbeaks, orioles, and thrushes. 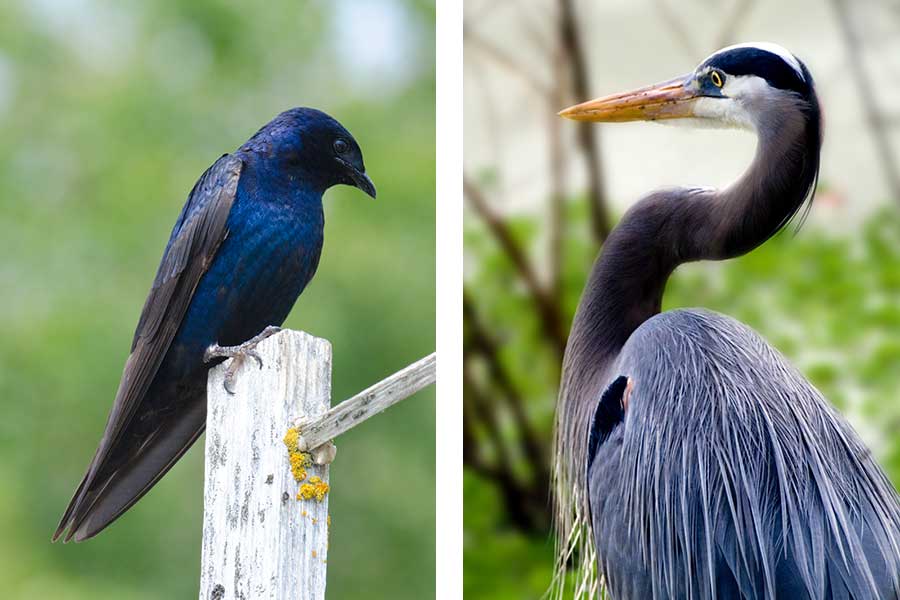 During July and August on Roanoke Island at the old Manns Harbor bridge, you can witness thousands of purple martins taking flight all at once at sunrise, then returning the same way at sunset. You can also see blue herons (although these may be seen year-round as well), great egrets and snowy egrets, American coots, black-necked stilts, and black skimmers at this time of year. White pelicans make rare appearances along the ponds of Pea Island National Wildlife Refuge this season. 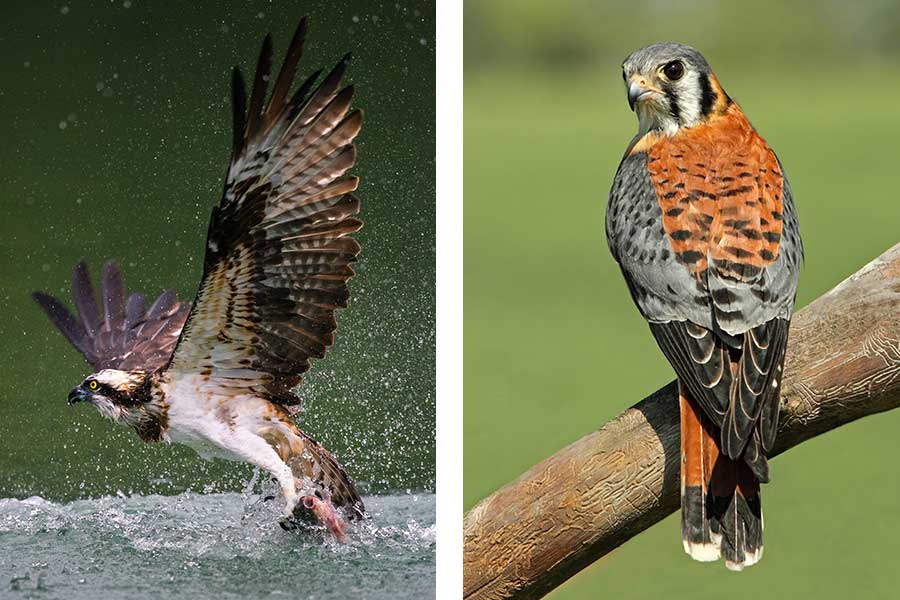 The annual Wings Over Water Festival is one of the premier east coast wildlife festivals, and an event not to be missed for any avid birdwatcher. Most of the events take place at Pea Island National Wildlife Refuge, but the festival takes place in 6 national wildlife refuges over 6 northeast North Carolina counties. Take part in educational programs, lectures, tours, and opportunities to meet and greet with fellow birders. Whether at the festival or elsewhere, keep an eye out for American kestrels, northern pintails, osprey, falcons, redhead ducks, and willets. You may encounter warblers, vireos, tanagers, grosbeaks, orioles, and thrushes as well. 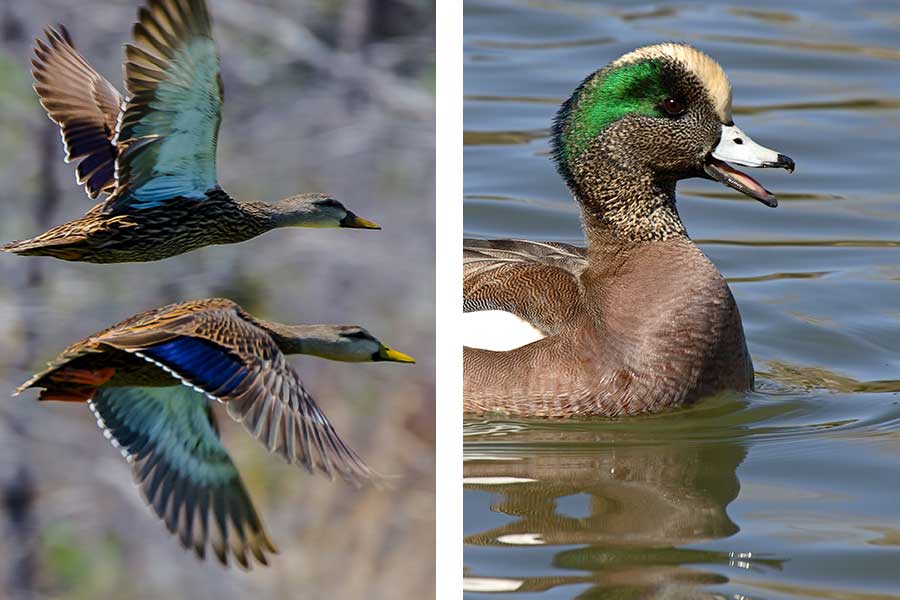 The migration of waterfowl is what to watch for in winter. The December Wings Over Water Encore is the portion of the Wings Over Water Festival that is held later, especially for birders and photographers hoping to see large flocks of migratory birds and waterfowl. You can see flocks of tundra swan, American black duck, northern pintail, American wigeon, canvasback duck, American oystercatcher, northern harrier hawk, and even snow geese during this time of year. 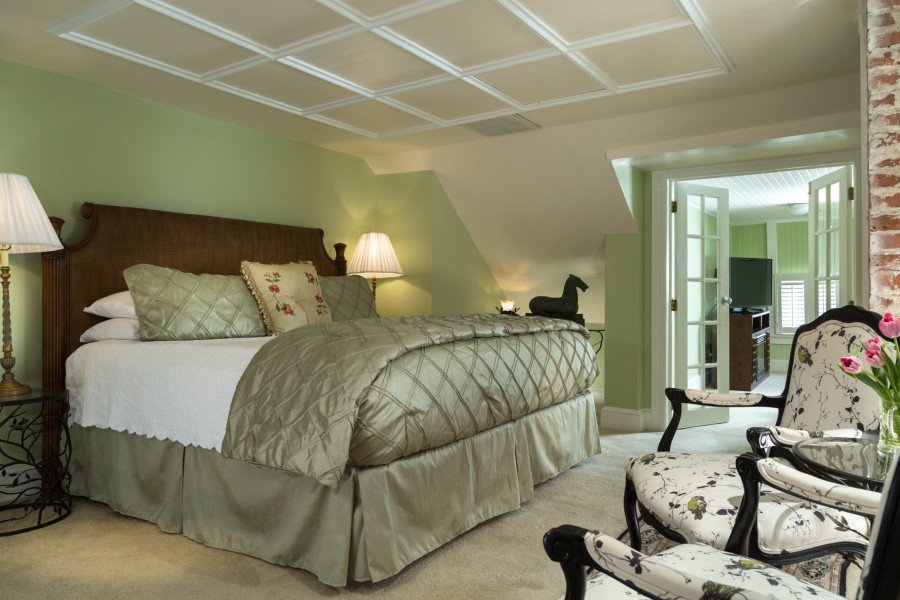 At the end of a day of adventure, land in luxury at our Outer Banks bed and breakfast in one of our romantic rooms and indulge in something special with dinner, wine, cheese or chocolate-covered strawberries. Birding in the Outer Banks is the perfect pastime for any season – plan your blissful birdwatching getaway today!